Shop my outfits by clicking the photos for details!

Our dog passed away: Her perspective

As many of you know, I gave my husband Bryan a dog as a Christmas present on December 25, 2017. Bryan always loved the name “Augustus.” I never wanted to use that name for our future child so I thought this would be the perfect opportunity to use his favorite name. In came Augustus, or as we called him “Auggie.” I searched for the perfect dog for a month via every online rescue shelter in our local area. I wanted a small dog, but not one that was too frilly or fluffy. I had my sister and mother-in-law help me. My mother-in-law finally found Auggie and when I met him at the shelter I knew he was the one.

Auggie lived with my sister for a week until it was Christmas. On Christmas morning she brought him over and I went outside to meet her. Bryan had NO IDEA this was coming. I put a little Santa hat on his head and came inside with Auggie in my arms.  I said, “Bryan are you ready for your Christmas present?!” I just remember Bryan tearing up and screaming “NO WAY.” It made me so happy to see how excited and touched my husband was about our rescue dog.

Auggie was perfect the first month. He was everything we ever wanted. He was sweet, protective, and playful. After about a month of love and attention, we noticed a change in Auggie’s behavior. It seemed that out of nowhere he started lunging at cars and barking uncontrollably at lights and moving objects. I know this may seem like normal dog behavior, but it wasn’t normal for him. He almost became un-walkable because he was so belligerent on his leash when he saw a car. He also began to become aggressive with Bryan. On three different occasions, he lunged at Bryan inside the house and bit him once. He never did this with anyone else. The irony was he was supposed to be Bryan’s dog.

We took Auggie to the vet and blood work was done. Everything was normal. Our vet recommended us to see a behavioral vet for his problems. To make a long story short, he was diagnosed with classic separation anxiety. Due to being a rescue, we didn’t know what happened in the first couple years of his life. From dental work, we could guess he was around 3 years old. The behavioral vet put him on Prozac and Gabapentin. 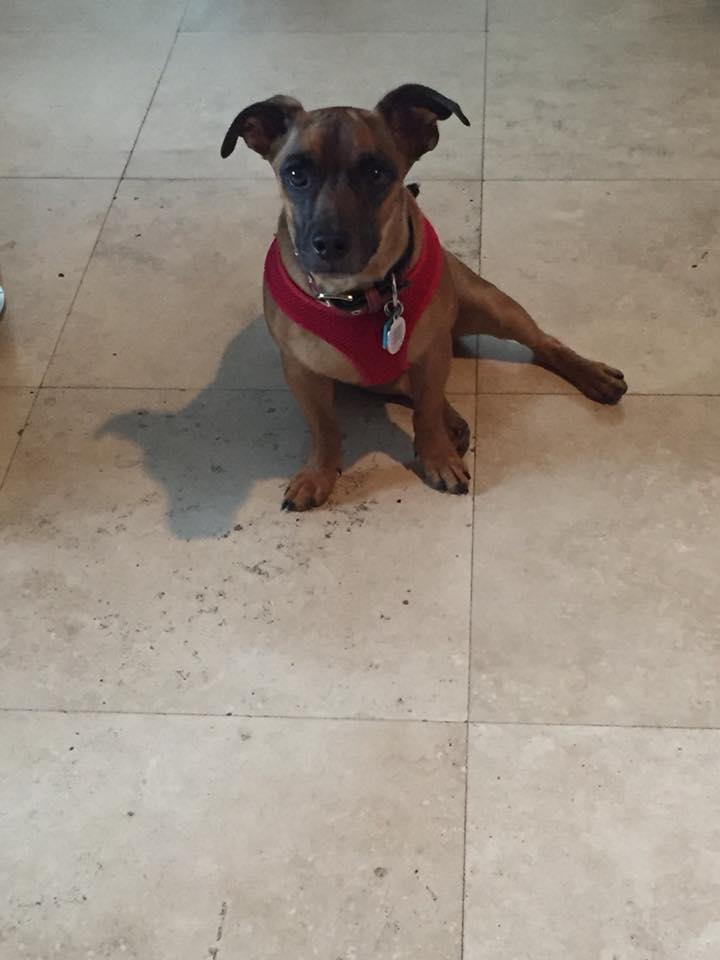 For the next month, we followed the vet’s advice and did everything we were supposed to do. Auggie continued to have issues with moving objects but never had another episode of attacking Bryan. One afternoon in April, we witnessed Auggie have a major grand mal seizure. We immediately took him to the emergency vet. He had a few more overnight and the next day he was transferred to a Neuro Vet. We did an MRI, spinal tab, and blood work. Everything came back normal.

Auggie was taken off prozac (which we were told were not the cause of his seizures) and continued with gabapentin and keppra as well as antibiotics. On Auggie’s first day home he continued to have approximately 10 small seizures. When they would not stop, we took him back to the ER. He was put on IV medications and continued to have more seizures throughout the night and following morning. At this point, he had about 15 seizures within 72 hours. Our Vet said that his seizures were uncontrolled on the largest dose of IV medications and he was at risk to have a stroke. Our Vet recommended to us that we put him down. At the age of 3, this meant something was severely wrong with him.

I was at work during the last hospital visit and was unable to see him in his final moments. Honestly, I would have had a hard time watching them put him down. I think for me, the idea of “putting a dog down” seems like a moral decision I don’t ever want to make. My husband and mother in law had to do what was best for him and I stand behind their decision. I know that he had zero quality of life and would have probably had a stroke very soon after. I believe Auggie is in a better place and I stay positive by knowing that we did everything we could for him. I know that his last 4 months were joyous, he was loved, fed, cared for, and he loved us too.

I miss you Auggie. I hope that you get to eat all the food your heart desires in doggie heaven.

Our dog passed away: His perspective

I have been blessed during my life to have experienced the joy of receiving an unexpected surprise during Christmas. Last year, a little bundle of joy named Augustus came into my life.  While I had previously clamored for a dog, I had no idea and/or expectation I would get to enjoy the companionship of a dog until at least after Christina and I started a family. Thankfully, I was wrong.

Auggie was a fireball of energy; he always wanted to play with his red rubber ball or to chase things outside. His youthful vigor and jovialness reminded me of the days when I was young and full of energy. It was these similarities that gave us a bond that I felt was unmatched when compared to his bond with either Christina or my mother. He knew that I would always try to run with him, chase him around the house, or toss his favorite ball around. 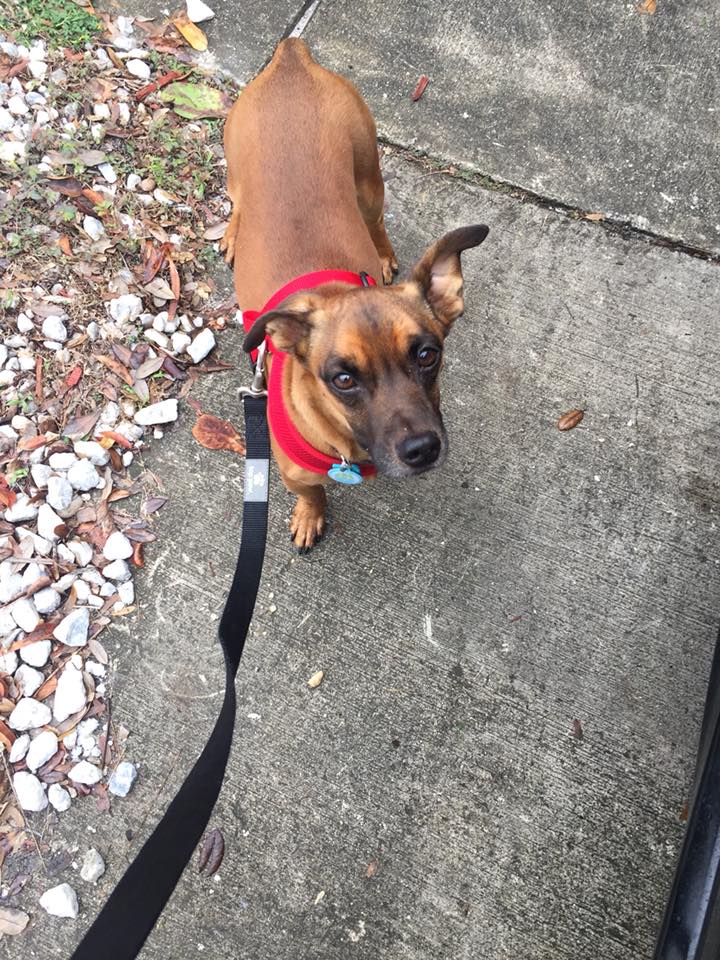 As with nearly everything, Auggie was not perfect. As my wife mentioned, Auggie had some unidentifiable anxiety issues that gradually caused Auggie to be more and more distressed, which resulted in him attacking me a few times. While I knew that these attacks were not out of malice, but out of some prior life experience causing him fear, I knew that there was some root issue with Auggie that would continue to be problematic. At that point, we took every measure available to help him with this ordeal, including having my mother taking primary custody of him and to limit my exposure to him so that he did not experience any anxiety and/or fear. While it pained me to know I had to limit my time with my dog, looking back I would have taken this alternative to what actually occurred.

Seeing Auggie in a constant state of distress, miserableness, and low energy broke my heart. When his seizures reoccurred at a high frequency, I knew of the decision that had to be made. Not for my sake, not for Christina or my mother’s sake, but for his sake. I left work to spend Auggie’s last couple hours with him. We were alone and I got to enjoy his warm and gentle aura one last time. It killed me to see him pass, almost as much as it kills me to have written this last paragraph.

I know Auggie is in a better place, where he does not have to worry about his anxiety, fear, or other mental ailments. However, I will always cherish him as my companion and will value the tremendous enjoyment I experienced while he was a part of our lives. Rest in peace, my little guy.

GIVEAWAY IN HONOR OF AUGGIE

Auggie loved to get new toys and treats at PetSmart. He was fond of the meat treats 🙂 In honor of Auggie we are giving away a $100 PetSmart e-gift card. Winner will provide an email address. Enter below. Thank you for your love and support. <3 Auggie the doggie.

This site uses Akismet to reduce spam. Learn how your comment data is processed. 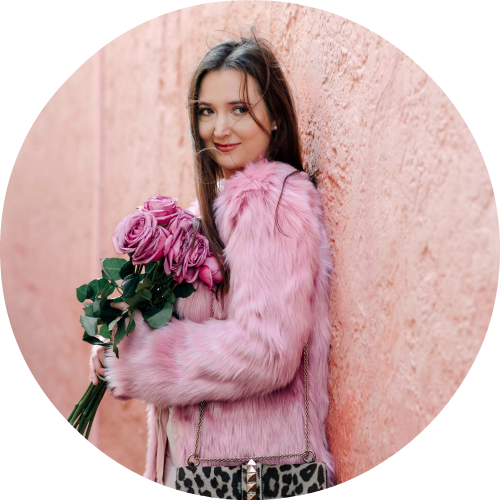 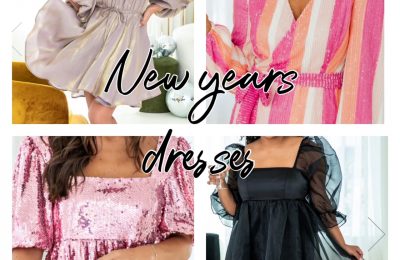 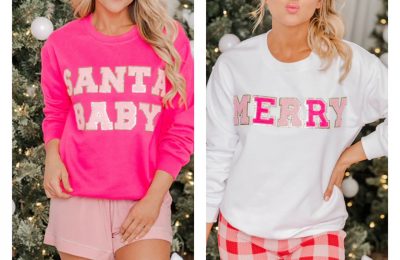 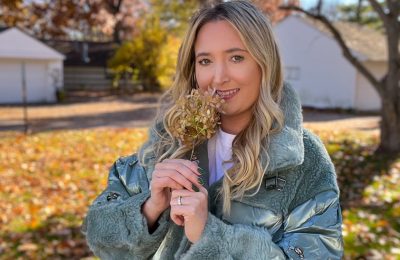